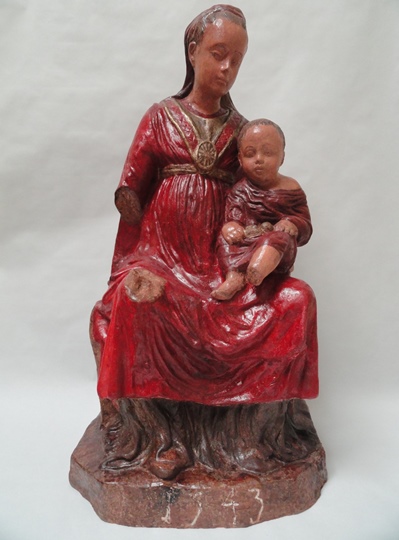 Actually these controversial affirmations have been the subject of ardent confrontations between critics, historians and art collectors, probably from the very birth of humanity.

At present, the differences in value between the disciplines of sculpture and painting attempt to solve billboards with the increasingly successful auctions of art from around the world, where important investment funds bid and decide what interests most depending on the parts that go on sale.

This interesting discussion about the history of art was treated very seriously during the Renaissance, reaching an obvious conclusion: if the intention is to represent a landscape or a storm, the best technique is offered by the perspective of painting; If the intention is to represent a figure, the three-dimensionality offered by sculpture would be the most appropriate technique.
Probably men of prehistory had already solved this modern debate. That is why, when they were to represent a hunt or a herd of wild animals, they used murals, while when the human figure was to be represented, the sculpture was used, regardless of the cost it entailed.

Michelangelo Buonarroti said:
“Sculpture is the light of painting, and from one to the other there is the same distance between the sun and the Moon.”

Read more
We use cookies to ensure that we give you the best experience on our website. If you continue to use this site we will assume that you are happy with it.Accept